The Godot team has decided to remove OpenGL from Godot 4 so Godot 4.0 is not going to be releasing with  OpenGL 3.0 or 2.0 but they do say that they are going to be implementing it in 4.1 so hopefully when they do a maintenance release which should be half a year maybe a year later they’ll have OpenGL in the application however, the Godot team has decided to drop support for OpenGL 2.0 and only support OpenGL 3. They have done this to reduce the amount of work it takes to maintain Godot. I do believe this a good idea from a programming perspective. Sadly its going to affect a few of us.

How Does This Affect Us?

For most users it wont. If you are developing for desktop your life really wont change as long as the user has a gpu that was made after 2012 they will support Vulkan and very few people will have any issues playing a Godot game.

This is where things get interesting. According to the Android device stats only 10% of devices do not support OpenGL 3, so for 4.1 it looks like we will be mostly safe. Looking at 4.0 though the story changes a little. According to the Android device stats 48% of devices do not support Vulkan, this is a huge market and its not something to be understated. This will affect developers, and should be thought of when you are building your game.

So this is going to be a problem. Apple has a massive history of not wanting to support Vulkan, some companies have tired to create compatibility layers like valve but most have just used Apples Metal api. However when it comes to OpenGL Apple has supported OpenGL from when they created the A8 processor. This processor came out in 2014 which powers the Iphone 6, so support for OpenGL for iOS should not be a problem for the foreseeable future when using OpenGL its just Vulkan we need to worry about. Apple as usual is going to be the problem child.

Vulkan support as of the time of writing is non existent so if you are doing web dev then you do not want to use Godot 4 for web wait until 4.1 when OpenGL 3.0 is added back in.

All hope is not lost. Godot is going to maintain OpenGL 3 for the foreseeable future and if you really need OpenGL 2 then use Godot 3.x. There is talk about some devs supporting OpenGL 2 on 4.0 but right now that’s just talk. This is a good thing. It is something that needed to happen and it is a welcome change. There will be growing pains, but it will help make a more maintainable engine for the future. 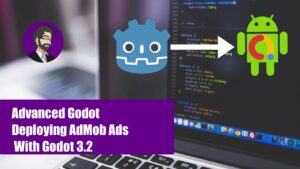 How To Intergrate AdMob Into Godot 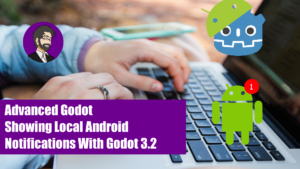